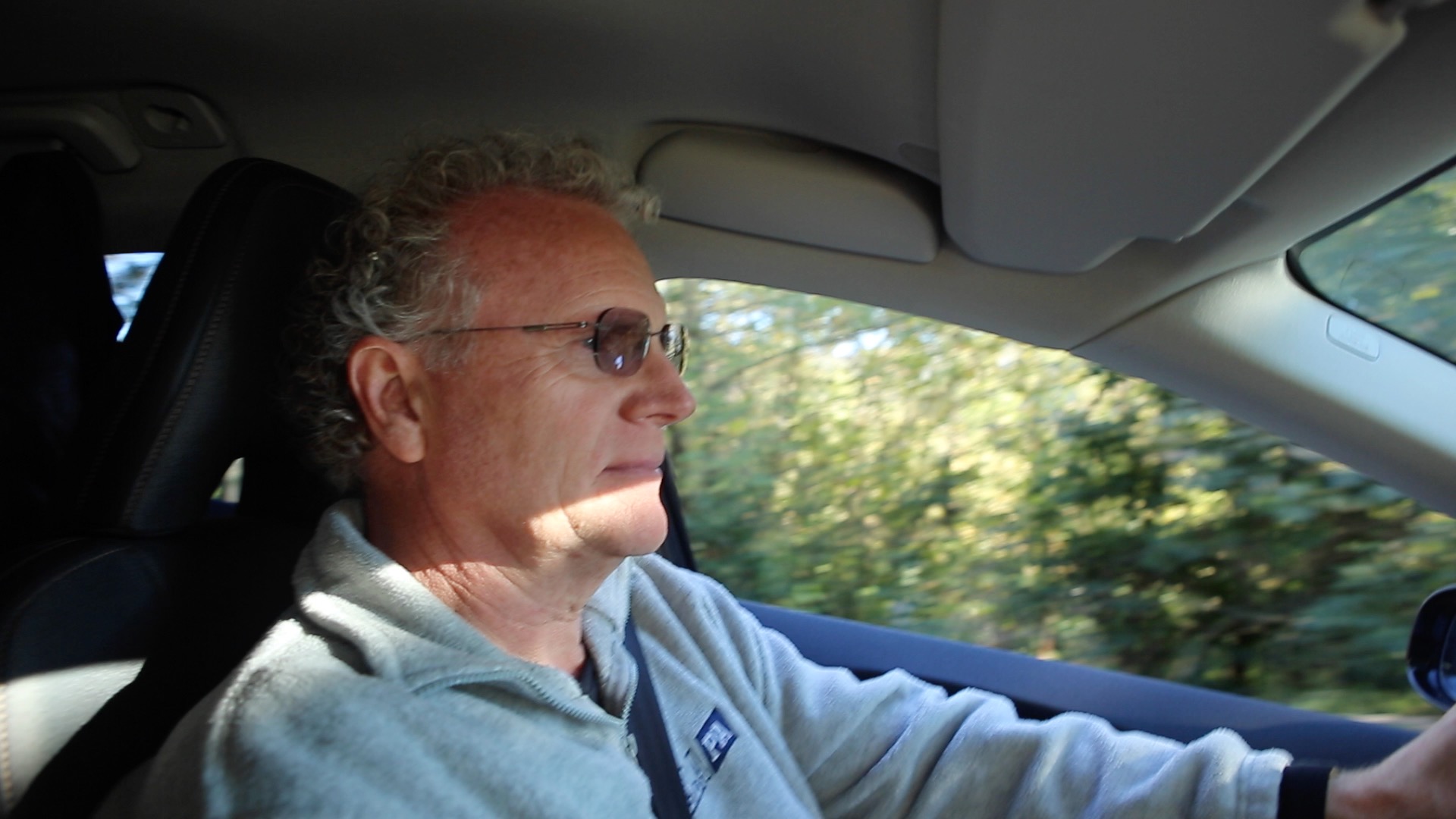 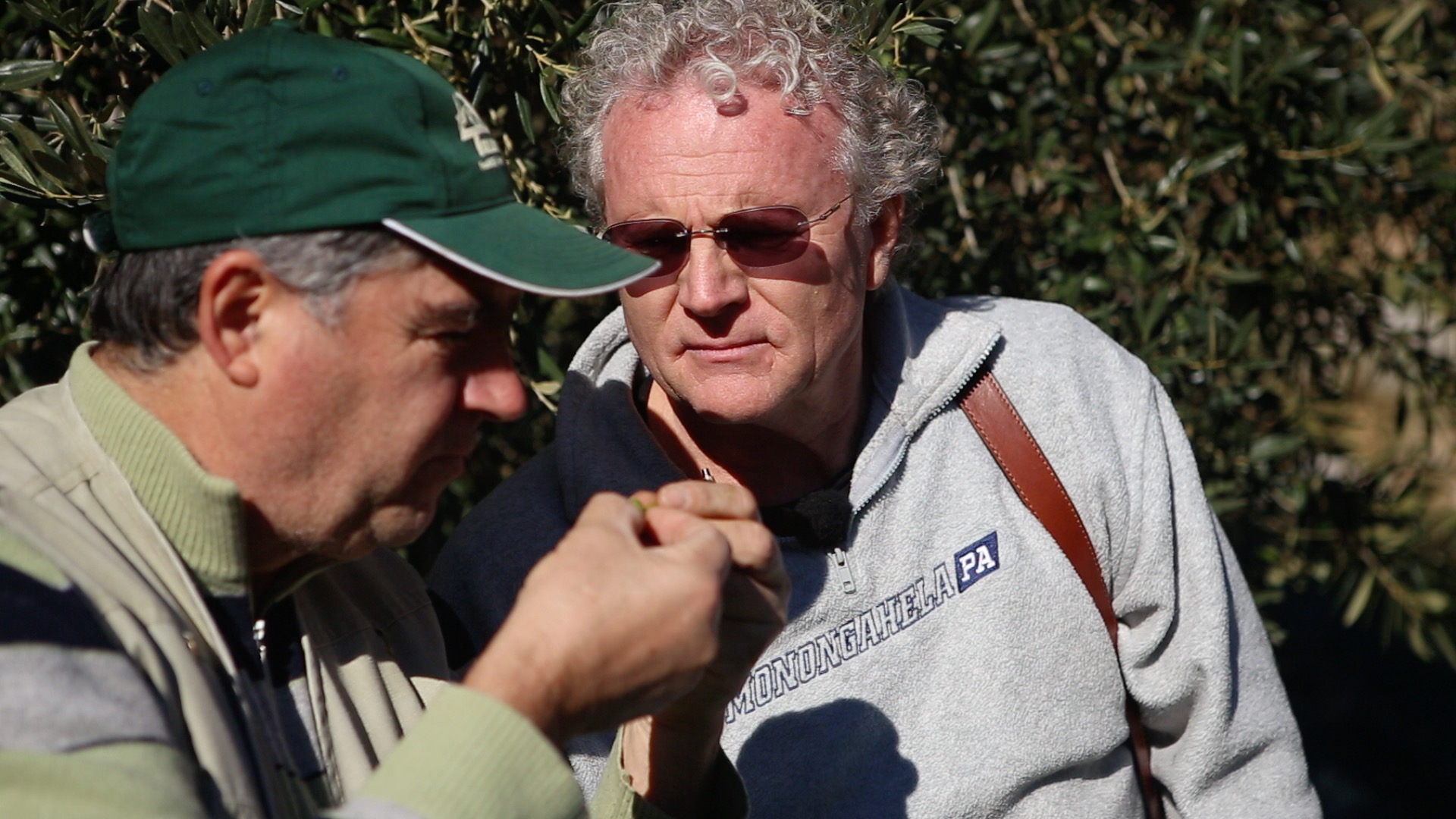 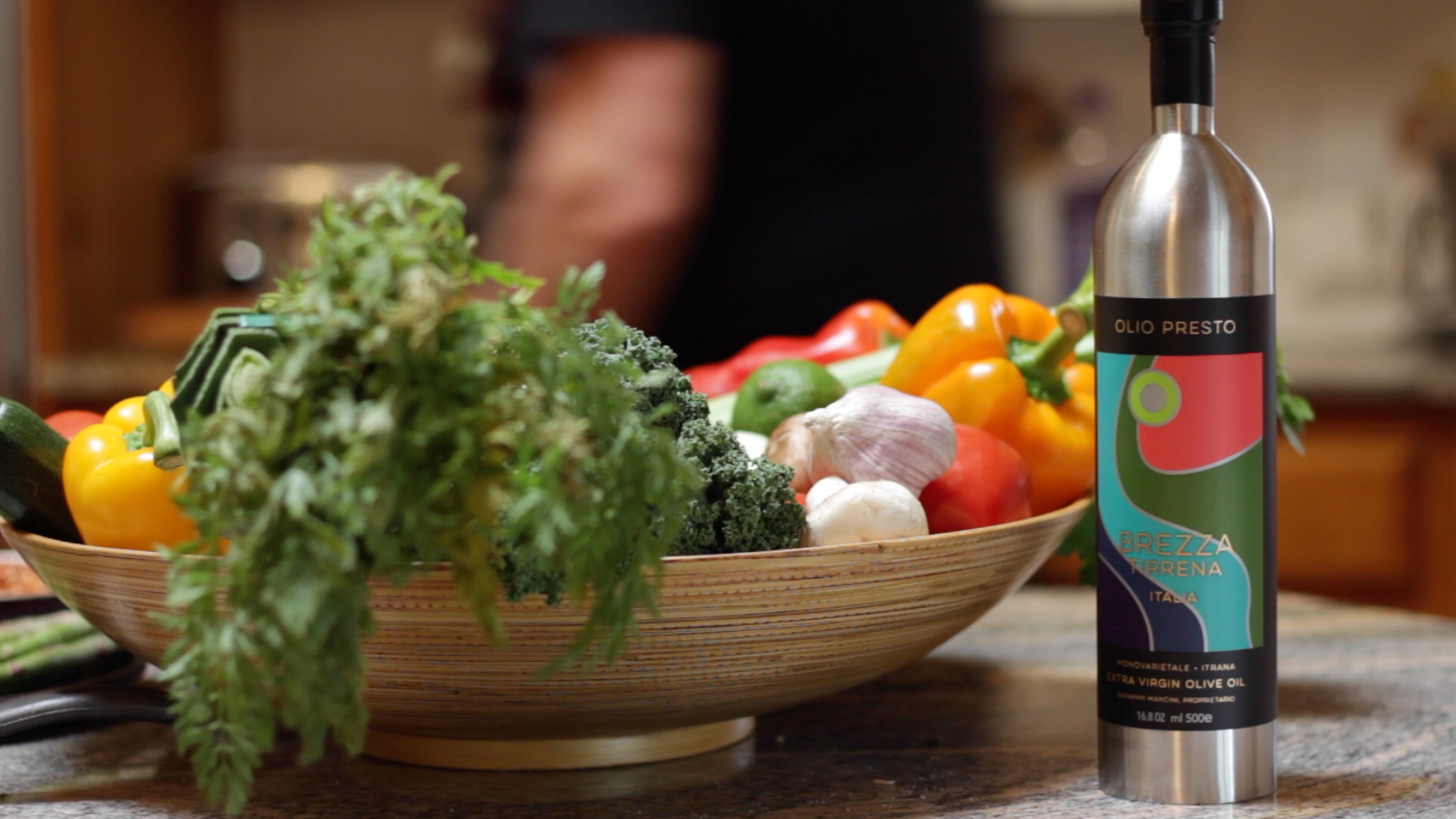 "The sights and tranquility of the land captured my heart but the taste of olive oil from the region captured my soul.  These trees are living testaments to the Italian past and are truly a part of my family.  Behind our extra virgin olive oil is a story of tradition, family, and a desire to create the world's finest olive oil.

Share a bottle with those you love.  Give them the gift of great company, great conversation, and a great oil that truly is the heart of Italy."

In the late 1990’s I was interviewing architects for a commercial project I had on the Navajo Nation. One of the applicants, Marco Defilippis, had an impressive resume along with a degree from Milan, Italy. We worked together for a few years and during that time we became the best of friends. Years later, I met his father Angelo who lived half of the year in Italy and half the year in the U.S. while visiting his 4 sons. As my friendship grew with the whole family, Angelo would tease me by calling me Nonno (or grandpa), in spite of his being 25 years older than I, because his father in law’s name was John or Giovanni Mancini, the same as mine.

Later, Angelo had to remain in the U.S. for medical treatment and was never well enough to return to Italy permanently. In conversing with Marco he told me that the family was considering selling their property in Italy. To my surprise, he told me they had olive groves on this property and I exclaimed, “My family’s Italian…I’ll buy those olive groves and make olive oil!” I purchased my first 120 olive trees of the Itrana varietal.

I knew absolutely nothing about growing olive trees or making olive oil. Being a beginner is sometimes a tremendous benefit. I took an olive oil milling course offered at the Robert Mondavi Wine institute and olive oil center at UC Davis. Over the course of the intensive seminar, I was introduced to the olive oil industry. I purchased and read volumes of books on the subject from growing, to pruning, to fertilizing, to harvesting, to milling, malaxing, separating, storing, bottling and etc. On my second trip to Fondi and Lenola Italy in 2014, I formed a partnership with the Guglietta Frantoio, a 3rd generation olive oil producing family.

I then began to read scientific journals on producing the highest quality olive oils. My research revealed a concept called “High Phenolic Compound” olive oil focusing on a particular family of polyphenols called Tyrosols, Hydroxytyrosols and their derivatives. It is the method of producing olive oil that maximizes the health benefits in the oil. My mission was clear, produce the healthiest possible olive oil I could. Since that moment of clarity and being the obsessive-compulsive person I am, I plowed ahead relentlessly. Three years later, I received an award from the University of Athens and The Olympia Health and Nutrition Committee for the Healthiest EVOO in the country of Italy. Brezza Tirrena Italia has gone from 120 trees to over 2,200 with over ten international gold medals.

Our trees and early harvest 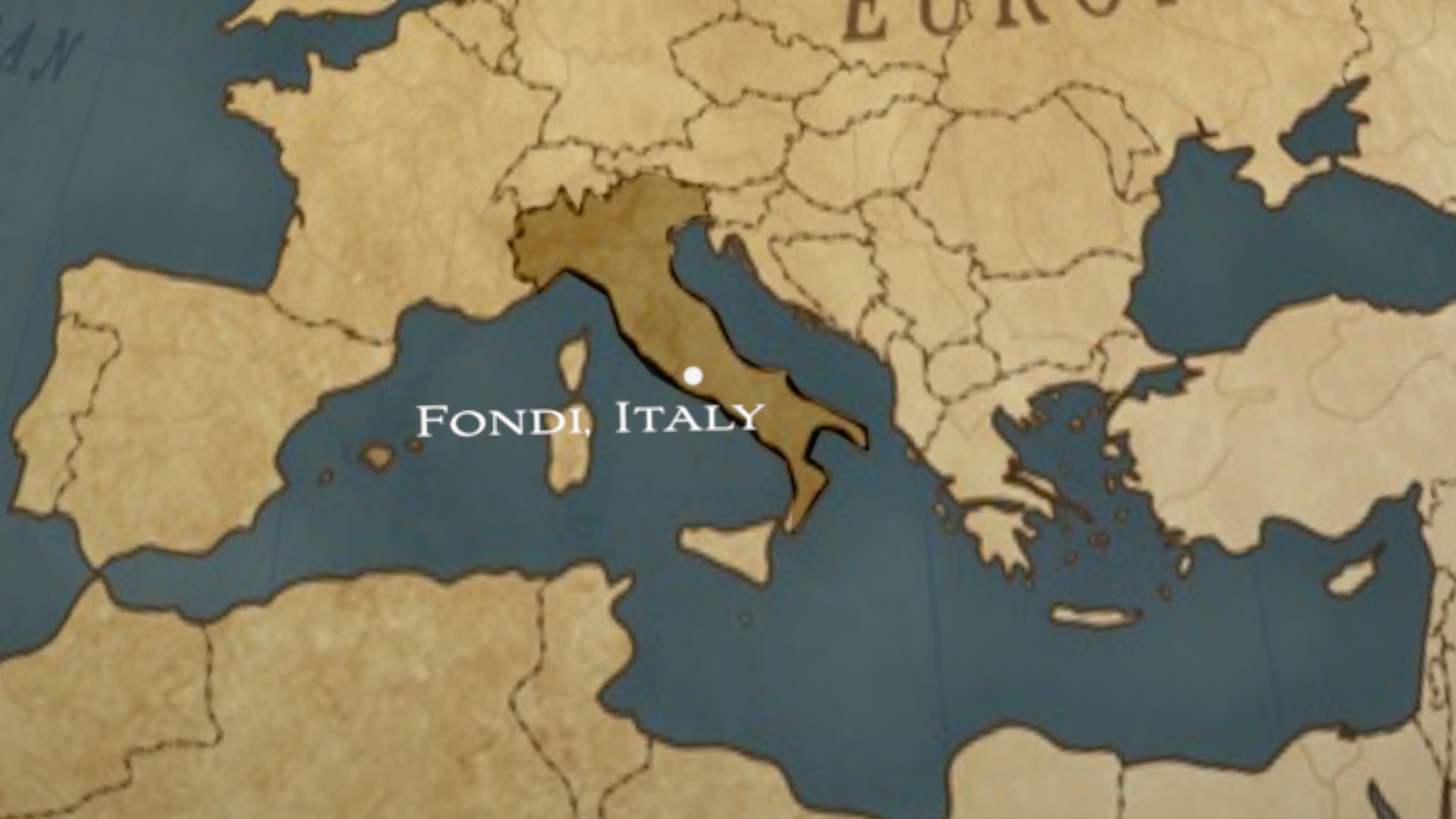 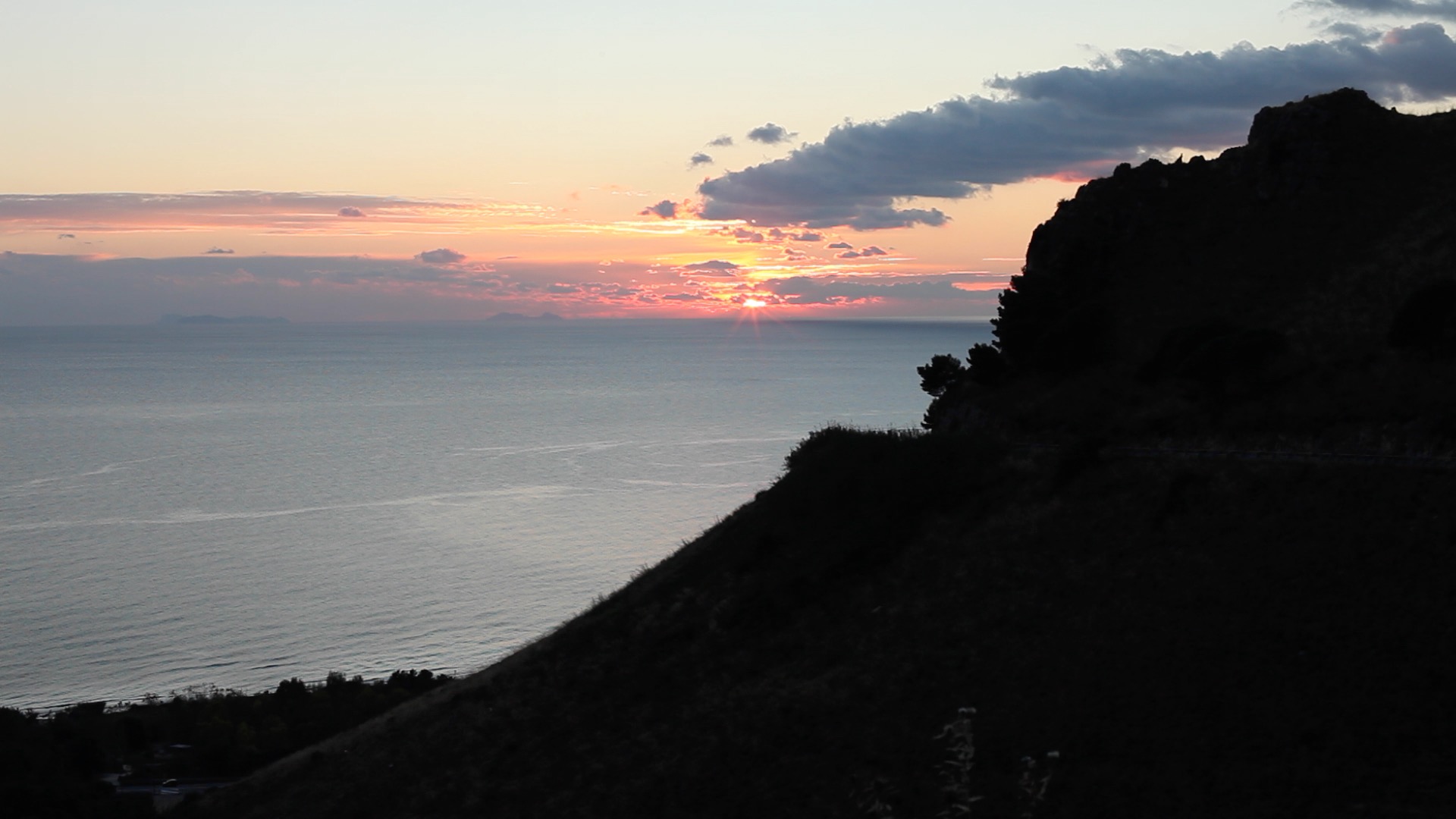 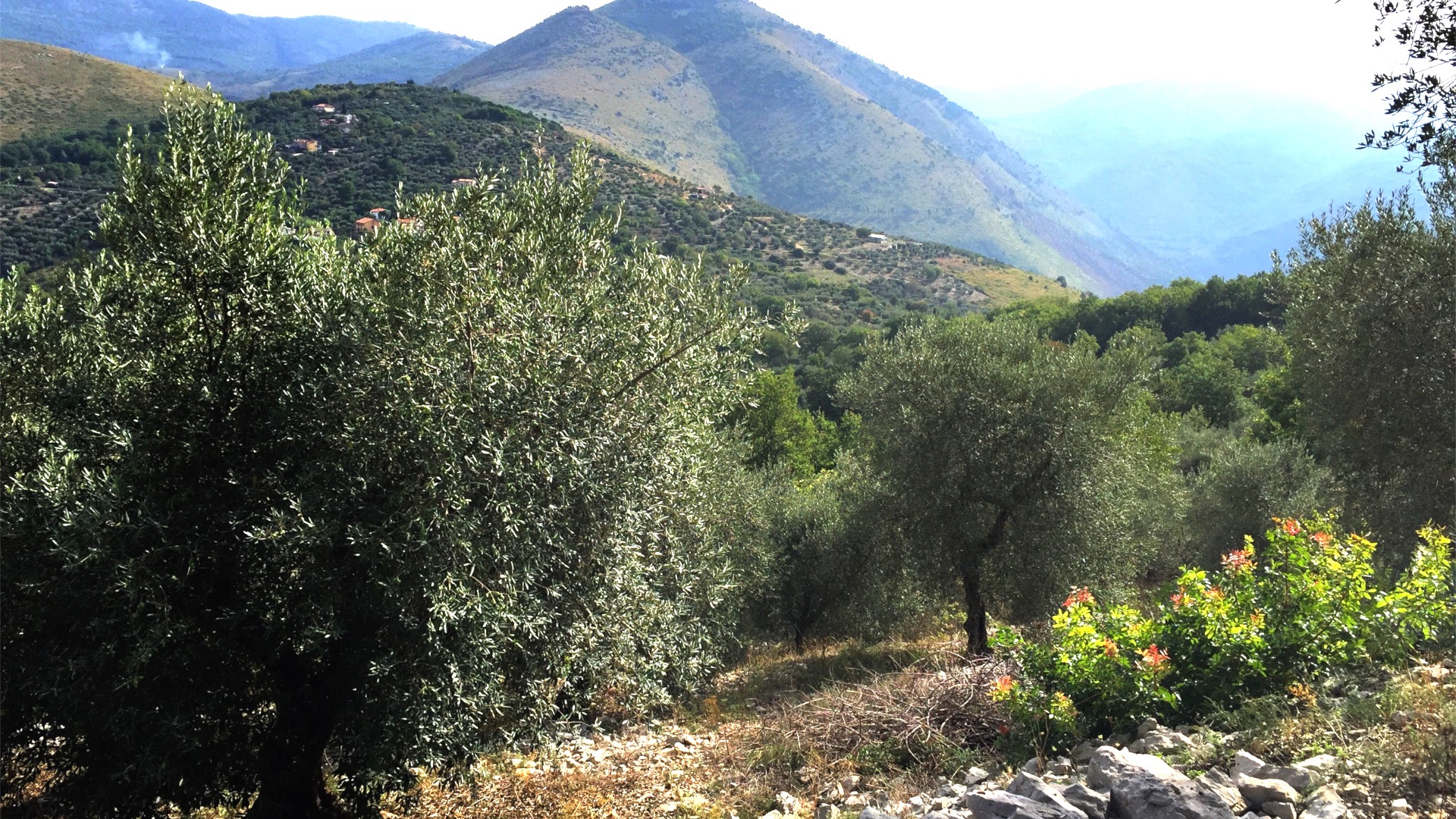 Nourished by the Breeze of the sea

The trees that produce the olives for Brezza Tirrena Italia have been carefully tended and cared for by the people of Fondi, Italy for nearly 200 years. Fondi is located about one hour south of Rome and is surrounded by mountains to the north and east.  The Tyrrhenian Sea lies to the west and helps to provide a wind that slopes through the valleys and mountains and kisses the olive groves that grow there.

Fondi and the nearby town of Lenola are filled with tradition of family, food, and of course, olive oil. Many families own olive groves which have been passed down from generation to generation. Olives are harvested and processed yearly to create oil for their own personal use. It’s a tradition that goes back generations and even has found it’s way into historical texts.  The writings of the Ancient Romans centuries ago note that this area produced the finest olive oil. 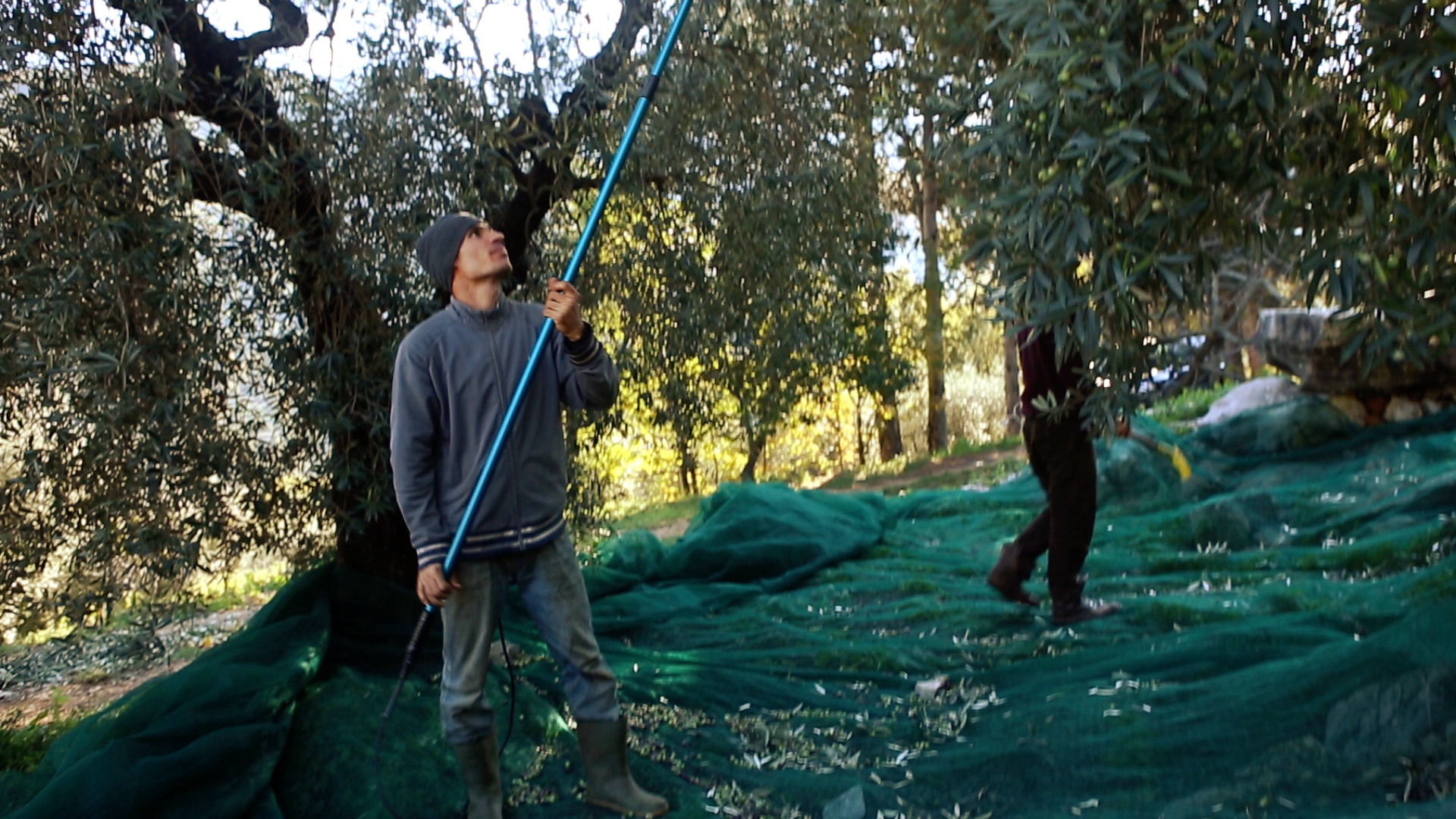 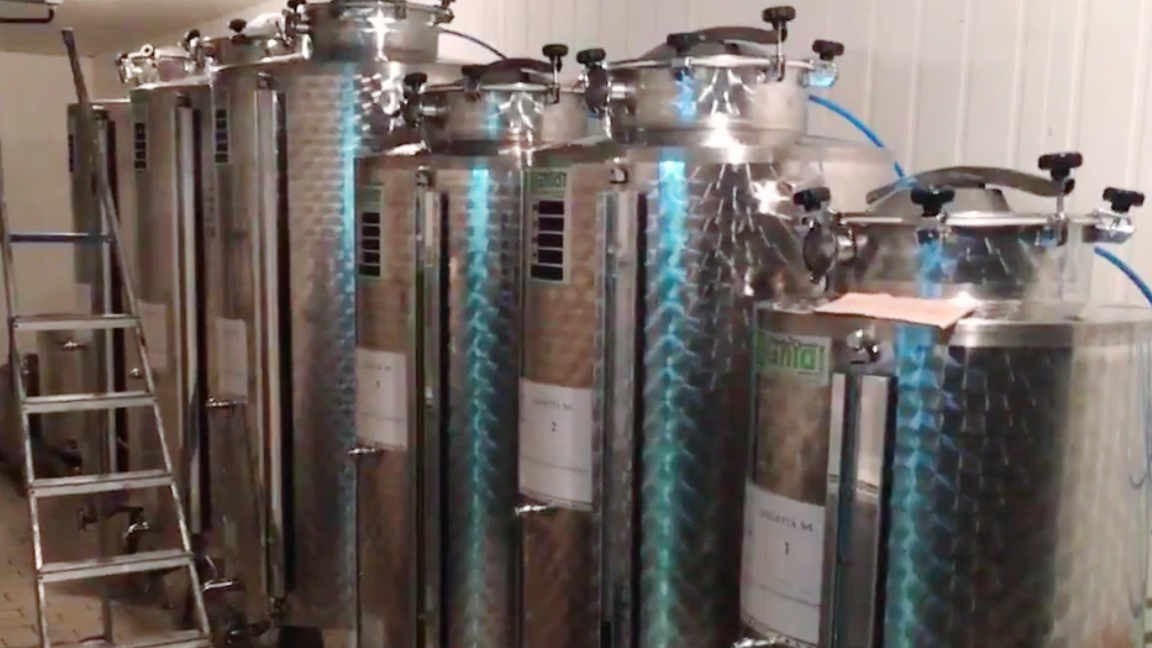 Everything, from picking the trees to sorting the olives, is done by hand to ensure that only the choicest of olives go into our oil. 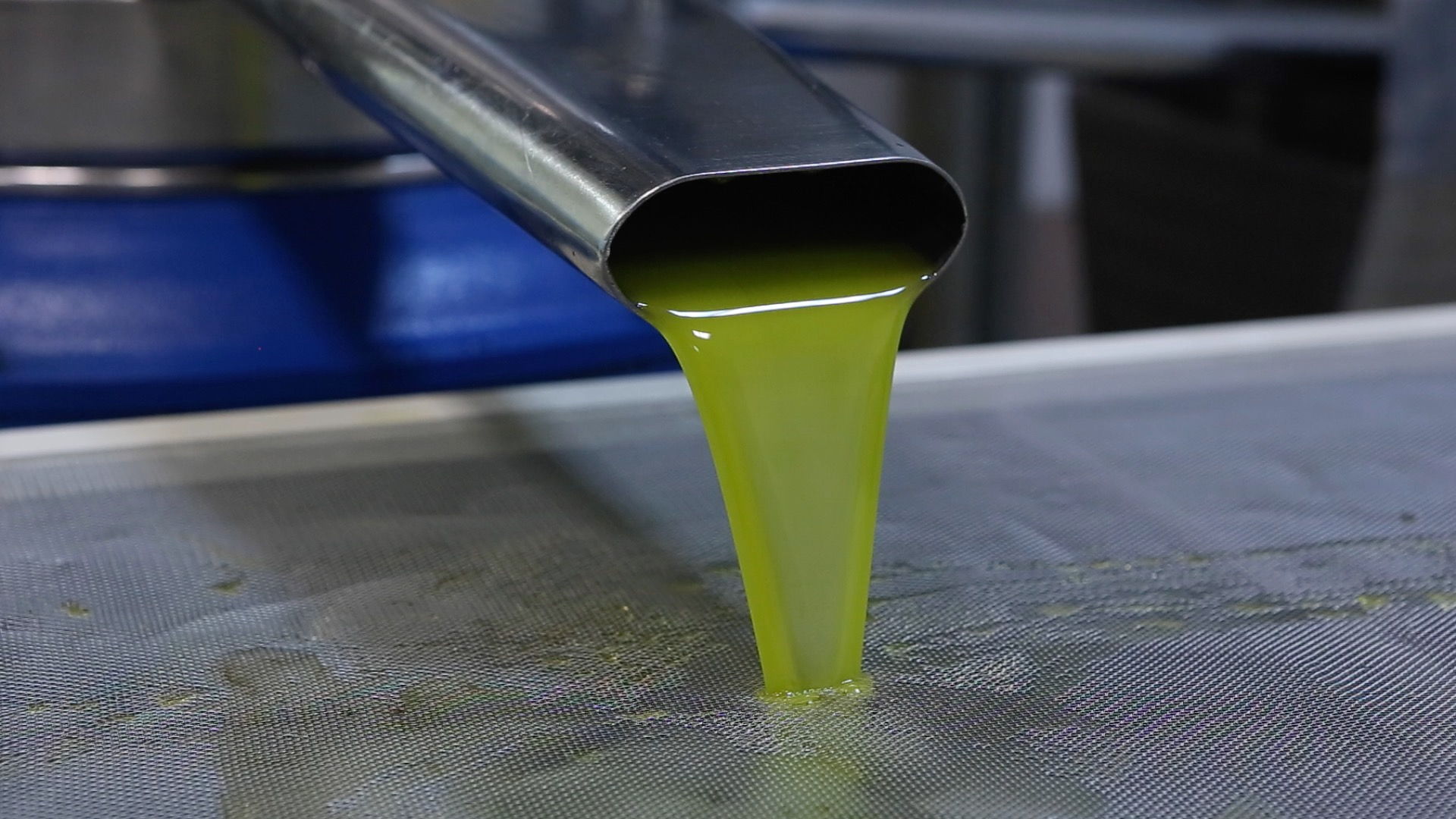 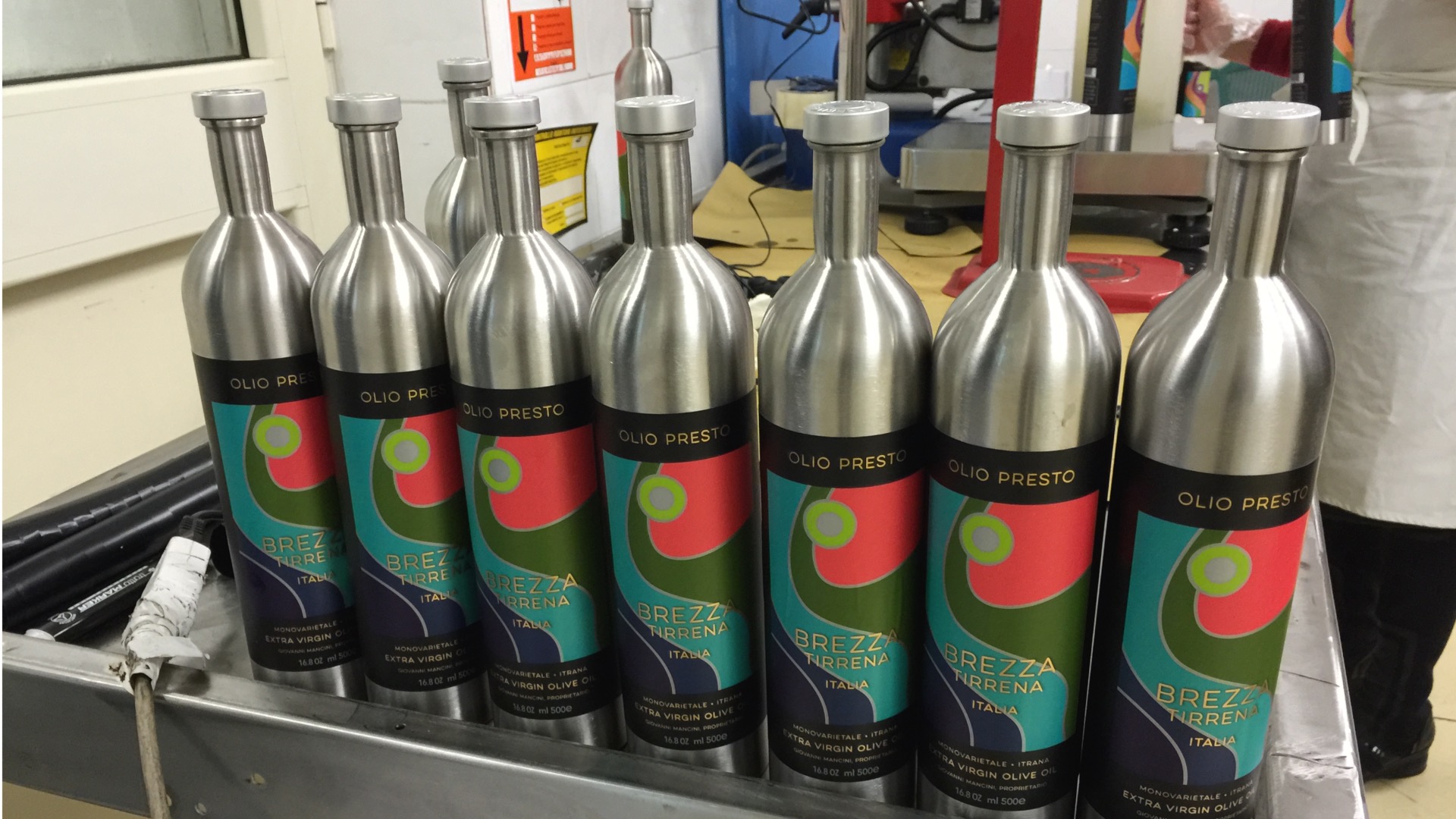 Processing is done just a few miles from our mountain-side groves. We cold-press the olives to retain all the flavor and health benefits. Bottling in done at the same location.

light, oxygen & heat..
the enemies of a great oil

Most olive oil is stored or shipped in glass containers. While this may make look nice on your table, storing oil in a glass container is less than ideal. Through the glass, light begins the oxidation process resulting in an oil that loses its amazing taste and removes valuable nutrients. Because of this, Brezza Tirrena Italia is stored and shipped in stainless steel bottles where no light can penerate.

Air also begins the oxidation process and therefore we pressurize each bottle with nitrogen gas. When you first open your Brezza Tirrena Italia bottle, you’ll here the “rush” as it escapes the bottle. 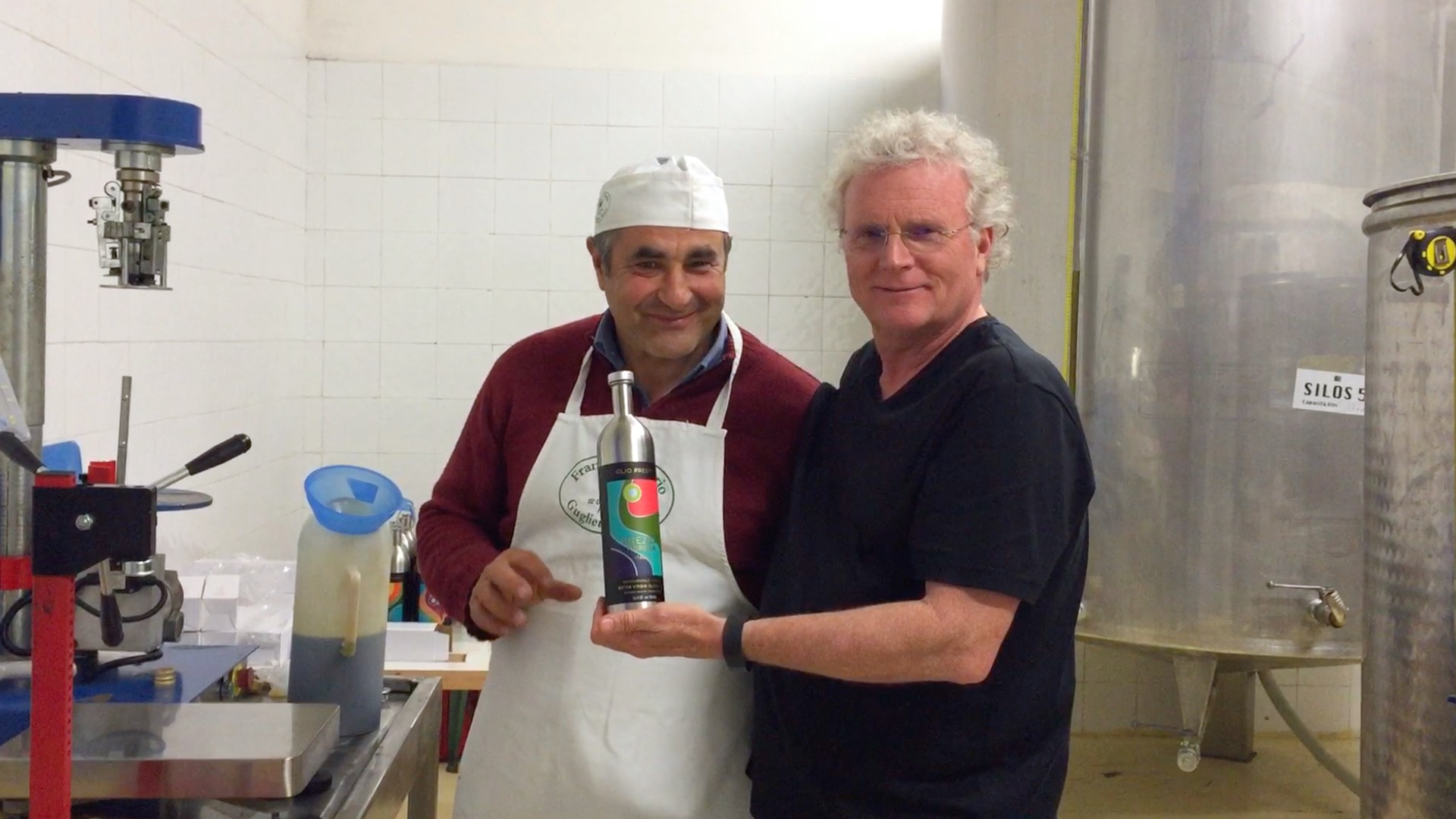 The citizens of Italy and the Mediterranean area are among the healthiest in the world and it’s no big secret that they attribute much of their good health to the abundance of olive oil they enjoy daily. But what does science have to say about this?

Recent research has shown that inflammation in the body can be the building blocks for cancer and other various diseases. Olive oil contains a phytonutrient called OLEOCANTHAL which mimics the anti-inflammatory properties of ibuprofen. Inflammation in the body provides a welcoming environment to free radicals that can then turn to dangerous cancer cells. Recent studies by Rutgers University and Hunter College have found that the polyphenols found in olive oil can eradicate cancer cells while doing no collateral damage to healthy cells (1).

Heart disease is the leading cause of death for Americans (2). Olive oil has been shown to lower the level of LDL (bad) cholesterol and triglycerides and healthy fats, like olive oil, have been shown to raise HDL (good) cholesterol in some instances. The monounsaturated fats found in olive oil help normalize blood clotting which a benefit to those with heart disease risks or those who have recently undergone heart surgery (3).

Traditionally, a low-fat diet has been the advice given to those at risk for type-2 diabetes but new research has shown that a diet rich in monounsaturated fats may help control those with type-2 diabetes or those who are at risk of acquiring it. The polyphenols in olive oil help to improve blood sugar levels, insulin resistance, and blood lipid levels (4) which are the first steps to diabetes resistance or control.

Medically-speaking, olive oil truly is a building block of a healthy life. We’re proud to provide an olive oil that is both healthy and delicious but more than that, we’re happy to be a part of helping you to live a longer, more fruitful life. But good health is only part of what we do. We want to provide you with an experience that will make you healthy in both body and soul. So when you’re enjoying our oil, surrounded by those who mean the most to you, remember that good health doesn’t just benefit you. It’s for all of those whom you are lucky enough to call friends and family.

Our OLIO PRESTO was recently ranked as one of the Top 50 olive oils in the world by the World Olive Oil Labs in Athens for high polyphenols. These natural chemicals found in olives and preserved in our Extra Virgin Olive Oil are precisely are proven to have tremendous health benefits and anti-inflammatory properties. 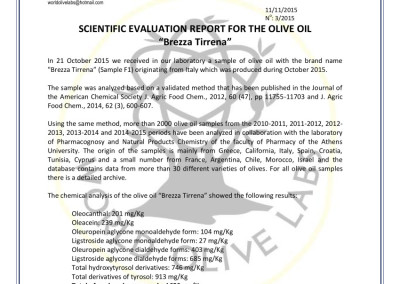 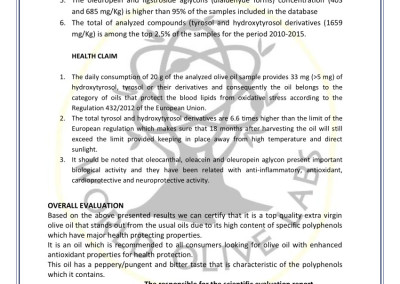 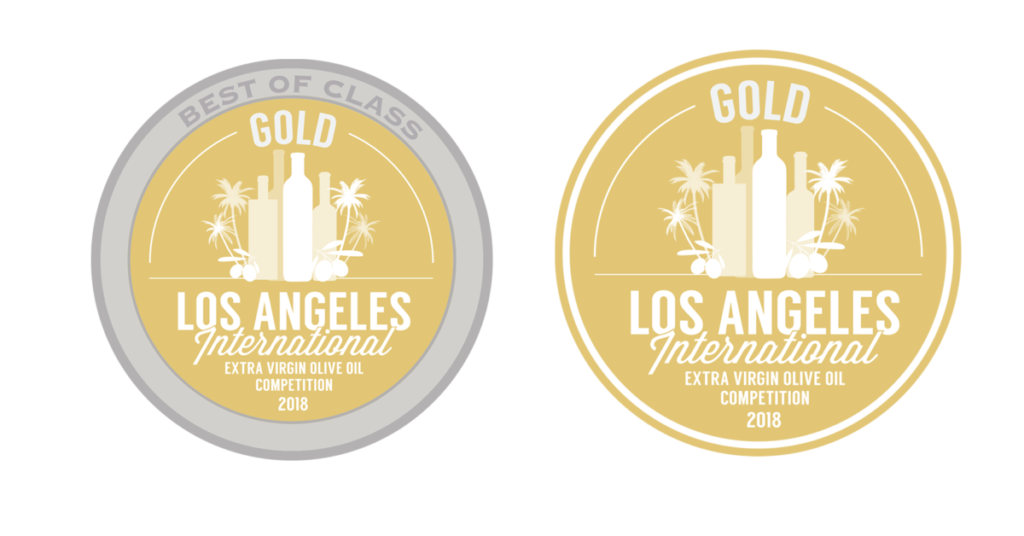 3rd Prize – 2015 The Oil of the Hills Competition in Italy